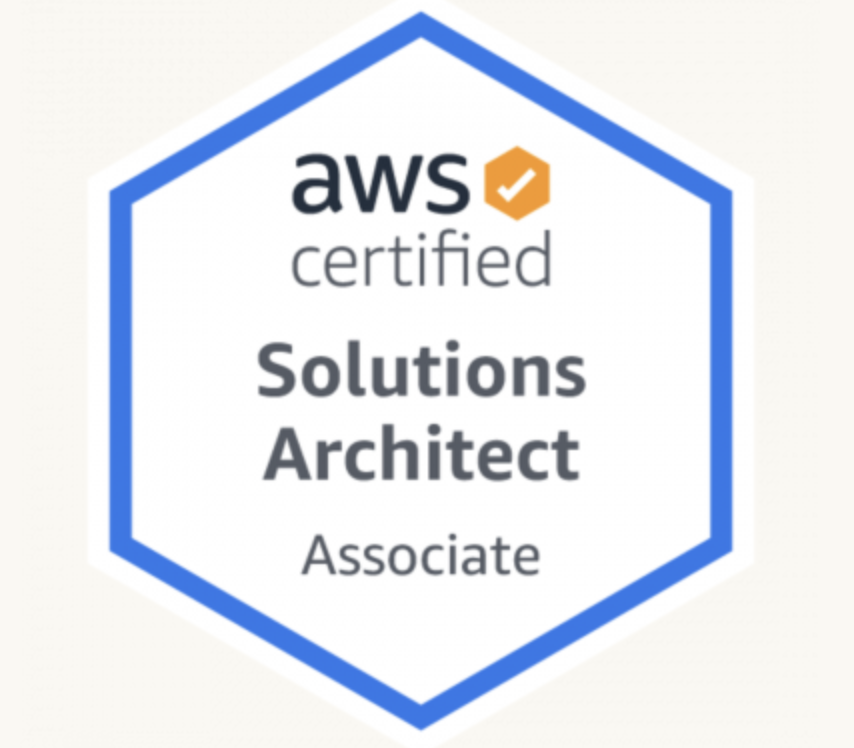 It is used for resolving DNS names to IP addresses, Registering Domain Names

There are different types of records used in DNS system:

A request from browser first goes to Top level domain (.com, .au, .gov etc), from there request is forwarded to Name Servers (NS), which fetch the details of A records and answer the request with respective IP address which can then be used by the browser to initiate a TCP connection.

Different types of resolution policies supported by Route53 are:

By default, new users have:

IAM, like other AWS services is eventually consistent as this data is replicated across multiple servers. IAM is a global service (Not scoped per region). Mainly two services can allow access without authentication / authorization in AWS — STS and S3

Request Context : This is the request object which AWS receives when somebody tries to access something or take an action on some AWS resource. This object includes source IP, resources that you are trying to access, what actions are you taking on those resources, what time of day this request originated etc.

Policies can be managed in two ways:

Policies can further be of two types:

i) Identity based policies : These are attached directly to Identities like User/Groups etc. They can be managed or inline policies.

ii) Resource based policies : These are inline policies directly applied on the resource that has to be accessed from same/other accounts. This is mainly used for cross-account resource access

Policy versioning: Customer managed policies can normally have only 5 versions being managed at a single point of time. This is useful when you make a change to a policy and it breaks something, you can quickly set the default setting to a previously used policy

Databases are mainly of two types:

Two types of backups are possible:

i) Reader Endpoint : Load balances traffic across all read replicas

Multithreaded, NOT multi-az and useful for simple cache offloading

Can route traffic based on layer 7 interaction. Basically work on HTTP/HTTPS layer and can be used for intelligent routing based on application needs (headers, query parameters, source IP etc.)

If ASG is terminated, all instances associated as part of it will also be terminated

Amazon FSx is a file system offering from AWS. It is offered in two variants:

FSx is basically a high performance file system that can be used for compute intensive workloads offering high data throughput. Users can additionally configure the throughput irrespective of the data storage size of the file system (unlike EFS)

FSx is frequently used as file storage for Windows systems as it offers SMB protocol support. Additionally, it also offers integrations with other storage services like S3, where data can be temporarily copied from S3 to AWS FSx for high throughput needs from a filesystem perspective; and later the result can be copied back to S3 after the computations are completed.

With these integrations, whenever any of these services receive a request; they forward it to WAF for validation. If WAF allows, only then these requests are further routed by CF, ALB or API GW to the back-end machine which needs to process the request

As a customer, we can define our custom conditions or use these managed rules to provide security for our application

Custom rules for throttling (IP ‘123.x.x.x’ can only trigger 4000 requests per second etc.) can also be defined at WAF layer and then custom error messages/pages could also be configured in services like Cloudfront which could then be returned to the end-user. All this happens without affecting the real back-end systems.

Encryption at rest is achieved in two ways

i) Keys managed by S3 service for encryption (SSE-S3)

This is used to speed up large data uploads to S3. With this, user can upload the data to nearest edge location and S3 will then ensure that the data is replicated to the actual bucket for final storage. For Edge Location -> S3, AWS will then use the backbone network which is quite fast than the usual internet speed

*Standard SQS Queue : *This is the standard processing model for SQS service

*FIFO SQS Queue : *In this messages are delivered only once and also arrive in order. Maximum throughput of 300 transactions is supported

It works with the following components

i) Workflow Starters : Something like web application which triggers a workflow

ii) Deciders : Which decide that a particular workflow task has to be executed

iii) Activity Executors : They execute the real business logic defined in the workflow

API Gateway is an entry-point for various types of resources acting as a front door entry mechanism with support for:

API Gateway supports throttling API requests on global or API level and also supports caching by defining a fixed data size for storage to be provisioned. With caching enabled you can then avoid passing on redundant calls to the backend systems

When you build a mobile app for example, you cannot distribute AWS credentials along with the application code. When the application needs to access any AWS resource, it can instead generate a temporary AWS token which maps to a particular role and using that temporary token it accesses the specified resource. This avoids bundling any secure credential directly with the source code. For fetching an auth token, the app first authenticates the user against Google, Facebook, Amazon etc. or any other provider which support OIDC (Open ID Connect) connect capability.

Mobile App User -> Logs in to Amazon, Facebook, Microsoft etc. -> Authenticates -> Mobile app gets a secure token and exchanges it with AWS for a temporary access token mapped to a role

It is a messaging broker with support for large number of protocols and standards, and is usually better when migrating existing messaging broker workloads to the cloud. When building new applications that depend on messaging capabilities, we can always use Amazon SQS which is highly scalable.

Amazon SQS on the other hand is similar but does not support a large number of APIs and protocols.